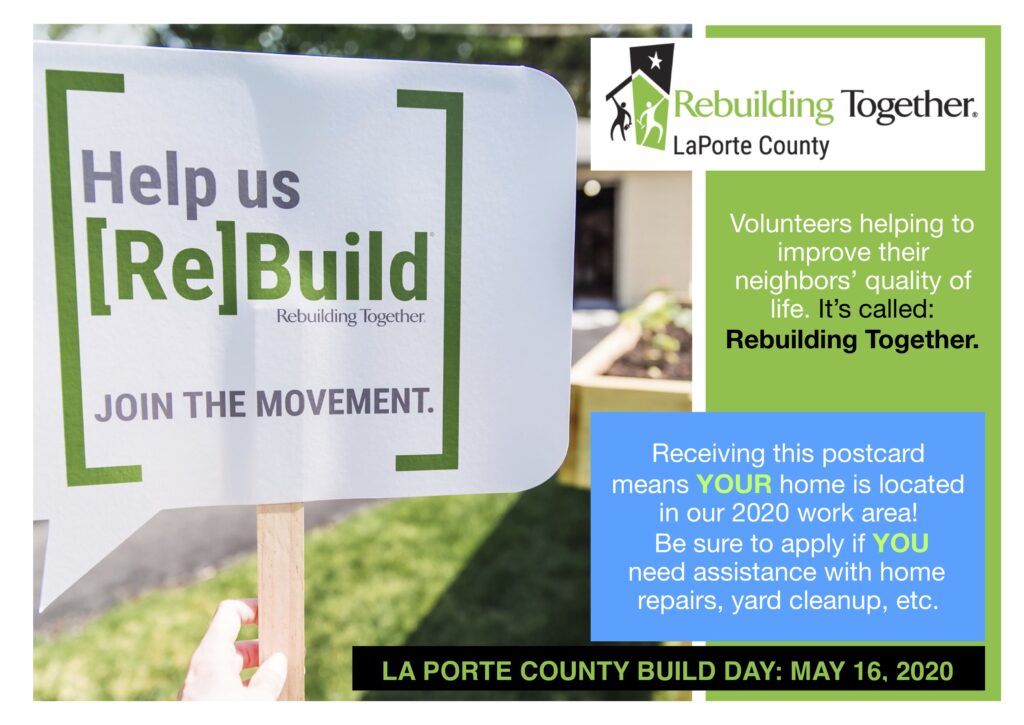 Volunteer to help improve homes for homeowners in need in LaPorte! Construction skills not necessary! We need people to deliver lunch, clean up yards, run errands, and yes, some construction work!

Please complete and return the volunteer application either via email to rebuildingtogetherlp@gmail.com or to 102 G Street, LaPorte, IN 46350

« ReBuilding Day 2019
Are we ReBuilding in YOUR Neighborhood? Watch for a Postcard! »